Why is Islam a complete way of life? 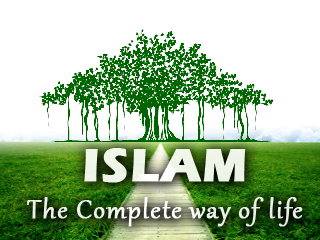 People like Charles Darwin, Sigmund Freud, Hegel and Karl Marx viewed man from various angles. In their search for understanding human nature, some concentrated on the body and its form and shape. So they came to certain conclusions which were body-centered. Some viewed man from the occupation he once followed, and thought of him as an animal subjected for evolution. The thought of some other thinkers fell on human belly and they related everything with it. They found it most important and decided that hunger was the cause of all problems. They thought that once this problem is solved, everything would be alright. Those who viewed man and life through sexuality believed it to be the most important thing and whatever they knew, saw and heard was related to it. They declared that the whole human activity is sex centered and if the restrictions imposed on sex were removed everything would be all right. Some others gave undue importance to spirituality and disregarded the body and its needs. So the people who tried to understand man in the absence of divine revelations were like the proverbial blind men, who tried to understand the elephant in their own partial ways. They arrived at certain conclusions which were imperfect and full of errors.

Those who do not know man cannot understand how man should live. Every individual must possess the basic awareness to understand how he should live in this world. This awareness is achieved only through the divine message. It was religion that taught man about the meaning, objective and destiny of his existence.

We would not try changing it based on our whims and fancies, because we trust that the vehicle maker knows what is best for the vehicle.We trust the manufacturer of the products even for trivial things, how is it rational to make decisions about our lives without looking for guidance and instructions from our creator, God Almighty?

If I may call human beings a machine, we are the most complex machine on earth dueto our emotions and thoughts. Our creator, God, knows exactly what is good for us and has prescribed a way of life which was taught to us by the Messengers of God and the scriptures revealed by Him. Going away from the guidance of God, would lead to chaos and destruction.

Since Islam was revealed from our creator,God Almighty, it is a complete way of life and therefore addresses all the aspects of human life.

Indeed, the religion in the sight of Allah is Islam.

O you who have believed, enter into Islam completely [and perfectly] and do not follow the footsteps of Satan. Indeed, he is to you a clear enemy.

And whoever desires other than Islam as their way of life – never will it be accepted from him, and he, in the Hereafter, will be among the losers.

Written by Invite to God Team

© Invite To God. All Rights Reserved

As-salaamu ‘alaykum and welcome. We will love to hear from you and will be honored to clarify your questions. Submit your Questions bellow and our team will try to answer the questions as soon as possible with the best knowledge we have.